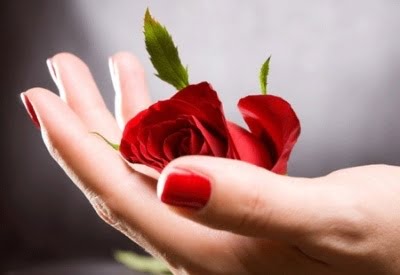 Man has always sought to decorate himself, to become more attractive to others and to stand out from the many-sided crowd. One of the ways to do this is manicure.

Since ancient times, attention was paid to the beauty of nails, although manicure in those days was completely different than now.

The oldest found manicure set made of cast gold generally dates back to 3200 BC, it was found in the south of the ruins of Babylon.

Nail coloring was used for hierarchical highlighting. For example, pharaohs with nobility grew long nails, which were then painted in bright colors, red and terracotta shades. Slaves also painted nails, but only in light colors, and the nails should have been cut short. In ancient China, nail paint was prepared from a mixture of wax, gelatin and eggs with gum arabic. And the famous Cleopatra painted her nails with henna. By the way, she compiled the first guide to body care and nail coloring. And the masters of ancient Greece never painted holes near the nails.

Then there was a rather long period when painted nails were the prerogative of women in half the world, and in the 16th century they could even be accused of witchcraft with all the consequences. Parisians found a way out of the situation – they cut their nails briefly, then polished them with a suede pad. However, the desire to decorate himself prevailed, and the good old manicure returned. The first manicure sets appeared thanks to King Louis Philippe, who wanted to remove the inflamed burr on his finger, and after this small operation, his doctor developed a hand care kit.

At the beginning of the 20th century, the art of decorating nails began to firmly strengthen its position, various color shades appear, and varnishes are packaged in convenient bottles. Progress does not stop, there are not only a variety of new shades, but also special bases for colored enamels, fixatives, which retain the beauty of the coating for longer. The latest technologies are being developed that lengthen and strengthen nails. The shape of the nail plate also changed – sharp, semi-oval, rectangular.

Manicure is a long process, a cosmetic procedure for processing nails on the fingers, the fingers themselves and the entire hand.

From the point of view of processing cuticles, two types of manicure are distinguished – edged and unedged. When cutting manicure, a special tool is used to cut the cuticles – tweezers. With unedged manicure, wooden sticks or a special electric device for manicure are used to process the cuticle.

There are more than 16 types of manicure. The main ones, for example:

Get “Shellacked!” Better science makes better products. The patent-pending formulation of solvents, monomers and polymers is why Shellac goes on like polish, wears like gel and […]

Manicure for men Men’s manicure has long ceased to be an exclusively female affair. Men finally realized that there was nothing shameful in taking care of […]
Load more
Hands and our manicure can “tell” almost everything about us: about our age, health, work and habits. Well-groomed hands are a must for any woman. By the way, keeping an eye on hands and nails is not only a female prerogative. After all, well-groomed hands are a business card of a person. And how they look, plays an important role in building business communication. Increasingly, men began to seek manicure. Like any other service, men's manicure has technological features and psychological subtleties. In many ways, manicure is an exam for a manicurist, since its main principle is the impeccable quality of work and the natural look of nails after the procedure. Regardless of whether you are a woman or a man, you have short or long nails, your nails are varnished or not, your hands should be in perfect shape. Hands need to be given no less attention than face or hair. We will have access to the basic types of manicure - all so that your pens are always beautiful and well-groomed. We are waiting for you in our salon IRENA!